THE CAFÉ IS OPEN:

Join us for Open Mic Night on the first Friday of each month!

Several classes and support groups are offered before and after Café hours of operation.

Marrying and having a family were all a part of the plan. His wife developing a meth addiction was not. The mood swings, paranoia, draining joint bank accounts, and strangers suddenly appearing at the house were not okay with ‘Danny’, and certainly weren’t okay for his two young children. His wife would disappear for days or weeks at a time and after a year battling this new version of the woman he loved, he and his kids moved out. It was extremely difficult. Danny worked 40+ hours a week in a warehouse, and it was almost impossible to manage two young children given his odd hours. With a heart for helping others, Danny knew he couldn’t save her or his marriage — he just was trying to figure out how to save his kids.

HOPE ON THE HORIZON

Thankfully, a close friend that he considers a brother stepped in to help while Danny continued his employment. The kids now stay with his friend’s family, while Danny utilizes the resources of the HOPE and Agape Safe Haven shelters to save money for the kids and a home. He sees his kids often as possible. Though the situation is not ideal, Danny is doing all that he can, and now there’s hope on the horizon.

When he came into Recovery Café Longmont, Danny was quiet. Not a shy quiet, but a contemplative quiet. A sad quiet. An angry quiet. The quiet of a man who faced an issue so monumental that the mere thought of it exhausted him. The quiet of a man who had spent so long focusing on being the good one in a bad situation, that if he were to open up, the heavy armor would crumble in a wave of rage or tears. He couldn’t lose his cool, because to lose his cool would mean to lose what little control he had— himself.

ONE BROKEN LINK IN THE CHAIN

It took a few weeks for Danny to trust the community at the Café. One afternoon he decided to trust us with his vulnerability and shared his story. The guttural sobs flowed from deep within— a full house-cleaning and release of three years of extraordinary pain. Since then Danny is open to discuss his life and feelings freely, whether at lunch, in his Recovery Circle or over solving a puzzle.

Danny is in recovery from his meth-addicted ex-wife, divorce, and homelessness. Danny never had a drug problem of his own, but his story proves how one broken link in the chain of a family or community can take down the whole fence. Recovery Café is a place where the broken come to find healing, the distraught come to find hope, and the lost come to be found.

Danny couldn’t fix his wife or his socio-economic class. But he could fix his strategy. The Café staff admires his humility and his large paternal heart that acts so selflessly for his two little ones who have already lost so much. 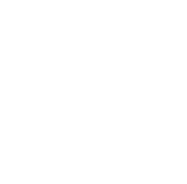 We are an Emerging Member of the